Utawarerumono is an adult turn based strategy game released in 2001 and is honestly a pretty fun time. It’s also had one of the weirdest franchise evolutions I’ve ever seen. After the release of the first game on PC it got a ps2 port, then an “internet radio show”, then a SFW 26 episode anime in 2006, then a manga that ran from 2007-2010, and finally a SFW 3d game in 2015 for ps3, ps4, and Vita. What the fuck? If you would have told me 2 weeks ago that there was an adult game that transitioned into a SFW multimedia franchise published by actual prestigious companies I would have laughed in your face. This is like a Sengoku Rance breakfast cereal. Anyways, the game must be pretty good if it was able to pull something like this off right? Well it is! Kind of! 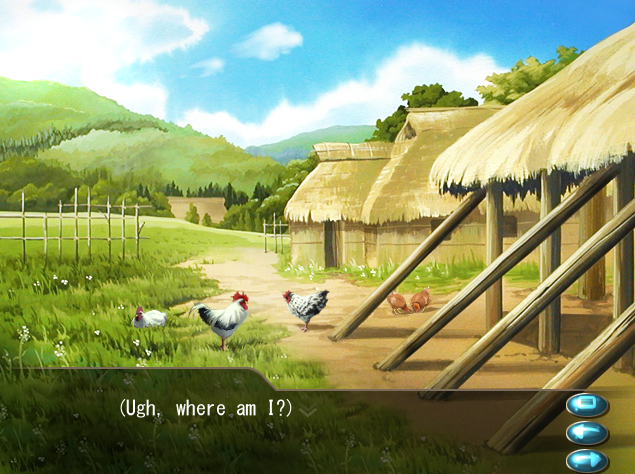 The story starts with our hero waking up in a hut being treated by herbalist-kun and uber-jailbait. Apparently he was found in the forest after being wounded by…something? And was taken to a nearby village to be treated. He doesn’t remember anything and has a weird white face mask that won’t come off. After recovering he decides to stick around and begins to assume more and more responsibility, eventually leading the village to becoming a powerful nation with him as it’s Emperor. Along the way you’ll meet tons of different characters and have some pretty interesting revelations.

Story wise the game is pretty good. All of the characters in the game are big tropes but you’ll start to feel attached to them over the 30 or so hours it takes to finish. Most are likable but they still do things that make little sense sometimes. For example, Mask dude has to meet with an attractive female foreign dignitary and Herbalist gets jealous. Bitch he is an Emperor now. Meeting with other people is kind of his job. You also have cases of characters going through weird weird shit and deciding “Oh, it was probably my imagination, I should just ignore it instead of asking around” and characters just not explaining the situation for no real reason. Towards the end the plot gets weird. I just kept staring at my screen unable to comprehend what I was looking at and going “What the fuck is going on?” over and over. Also it ends as all JRPGs do. With you and your party using the power of friendship to kill god.

Music was nothing special and art felt pretty sub par. With a couple exceptions, the only time you’re going to see characters drawn with the backgrounds in dynamic poses is during sex scenes. Other than that it’s characters with the same poses pasted on top of backgrounds for each area. Sometimes this can really show like when a creature supposedly perched on top of one character’s shoulder is clearly just pasted above them

The gameplay is reminiscent of Final Fantasy Tactics but 1/1000th as complex. The game is dead simple. You have around 10 characters. Sometimes you can bring all of them, sometimes not. 2 are archers, 2 have mounts, 2 can cast spells, one can heal, and the rest are melee lads and ladettes. You can chain attacks and do finishers by clicking in time with a shrinking circle prompt when you attack. This also gives you EXP. EXP is doled out to each fighter involved at the end of each fight and you can use it to pump attack, defense, magic defense, or tech which is used to get a longer possible combo and unlock their finisher. Different units will have different costs for their stats. The character who’s supposed to be your tank will have cheaper defensive and more expensive attack upgrades. The character that is supposed to be a DPS beast will have cheaper attack and more expensive defense. Also characters have types which have a rock paper scissors to do more damage to others based on their type. And that’s it. That is literally every piece of gameplay. The game has no currency, no items, no side quests or option to choose battles, just this. Outside of fighting and the allocation of EXP right after a fight this is a straight VN.

As for the porn, there’s not much of it. With only a dozen or so scenes in a 20 hour game the porn often falls to the back of your mind. On top of that there’s only 2 characters that I would describe as being designed to be sexually attractive. H-scenes aren’t voiced or animated but the art is pretty well done. Scenes won’t really have multiple images either. Usually just the one with modified expressions and the traditional cum-splosion drawn on top at the end. Themes are all pretty vanilla. Consensual sex with different chicks of mostly adult age. No weird fetishes to scare anyone off but also no weird fetishes to attract anyone. Honestly it seems like you have 3 options when making an adult game. You can try to cater to a specific fetish like Captive Market and cater to one specific fetish to gain popularity among one specific demographic. You can try to have something for everyone like Seeds Of Chaos and fail miserably because one person’s “Wow that’s hot!” is someone else’s “Eww, lets play something else”. Finally, you can do what Utawarerumono does and not cater to any fetishes at all and instead have a supremely vanilla experience that everyone but the most degenerate of ShindoL readers can find some pleasure in. 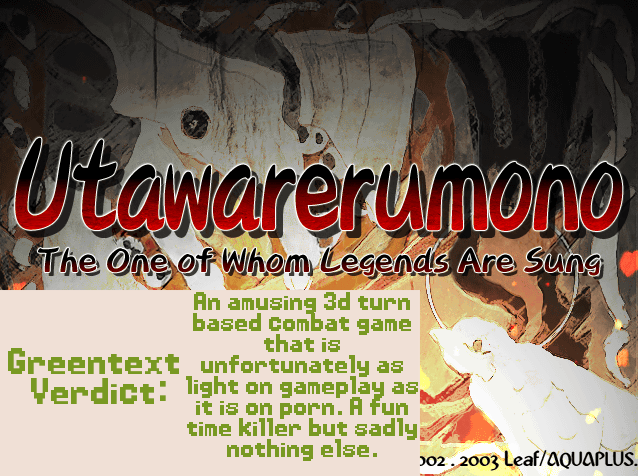 All in all, Utawarerumono is an alright game but a bad porn experience. If you go into it wanting to see big anime tiddy and get your rocks off than you’re balls are going to be the purest shade of sapphire for the first few hours. Would I suggest playing this over other titles you haven’t tried yet? No. Titles like Sengoku Rance and Alchemy Meister basically do what Utawarerumono does but better in terms of smut and gameplay. If you’ve already played those titles and are looking for something to scratch your turn based combat itch however, than definitely give Utawarerumono a try.

Utawarerumono can be downloaded for free here.