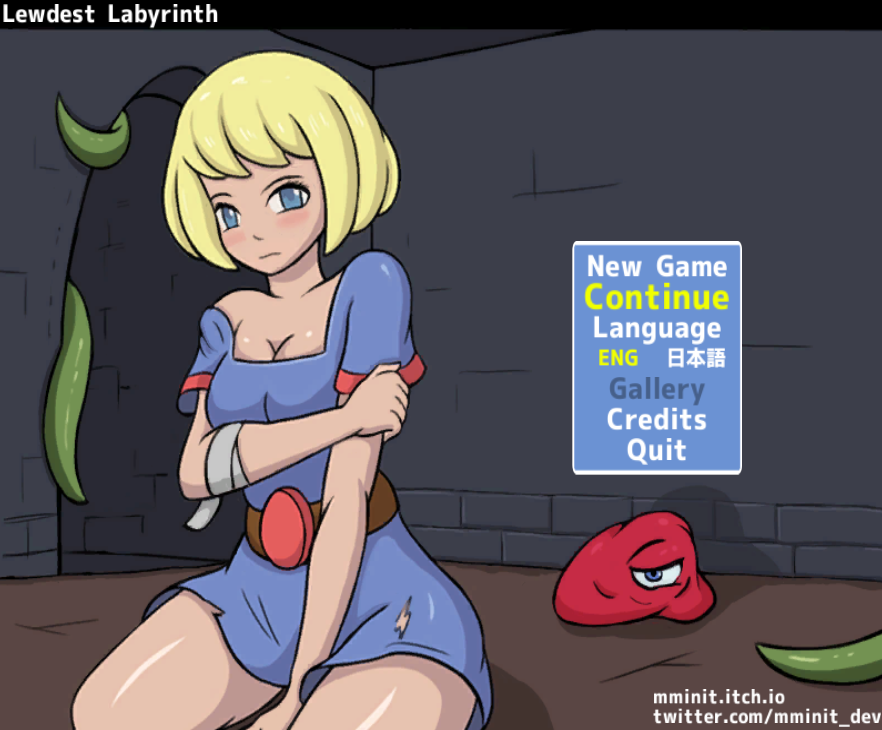 Lewdest Labyrinth is what you get when you take Legend of Grimrock and or Dungeon Master, and throw in tits and a lust mechanic. The game plays like the two with a you moving around in a 2 dimensional dungeon plane fighting enemies and getting dank loot. Also there’s tits.

You have a randomly generated map in the upper right that you explore looking for fights to pick with enemies that will rape your asshole. Killing enemies nets you XP which you use to unlock skills and buffs eventually turning you into a ultimate mega tank that just defends and regenerates while the enemy bangs their head against the brick wall that is your pecs.

Lust is basically your mana and can be increased by enemy fuck attacks or just schlicking it between stabbings. Having too much lust on the other hand will cripple you and make you unable to attack. Clothing also plays an important role. Certain enemy attacks or environmental hazards will rip off all your clothes which will drop your attack to shit and make you weaker than a newborn in a bumper car. Clothing can be repaired by using one of your heal kits which you restock from healing fountains scattered throughout the dungeon.

Combat consists of simple turn based smacking and yelling with different stances to augment your stats. You have basic, lust to increase your lust gain, attack to boost your damage, and defense to make you into an unkillable god beast. You see, once you get the ability that lets you regen health each turn you also get a regen boost from being in defense mode. So going into defense mode and defending instead of attacking will result in you healing double whatever the enemy can dish out.

What about the porn? Well, it’s pretty simple. You really only ever see smut when an enemy or environmental hazard molests you and or does an attack that knocks off your armor. Personally, while the art isn’t great I think it’s passable seeing as it’s purposefully going for a cartoon aesthetic but I can see how others would disagree since it can look really simple at times. There’s a decent amount of animations and art but unfortunately even though I’m quite a bit into the game I haven’t unlocked the gallery. I assume this unlocks when you beat the game. A much better idea would be to have the gallery fill in with art and animations as you progress through the game as opposed to having to beat it to see anything.

In conclusion I’d refer to this as the ero-game equivalent of junk food. It’s the kind of thing you can just sit down and play for like 10 minutes if you’re bored as opposed to a game to get immersed in and discuss with others. The art is passable for what it’s trying to be and some of the images can be hot but certainly not something beautiful. While the game is incredibly repetitive it did spice things up often enough for me to keep playing. I might not have been excited when new mechanics were introduced but it was just enough for me to stick around to see what’s next. If you’re looking for a game to play to pass the time for an hour or so at a time I’d suggest giving it a shot. If you want something to play for an evening I’d suggest looking elsewhere.